Irrigation and Popcorn – Getting Just the Right Pop 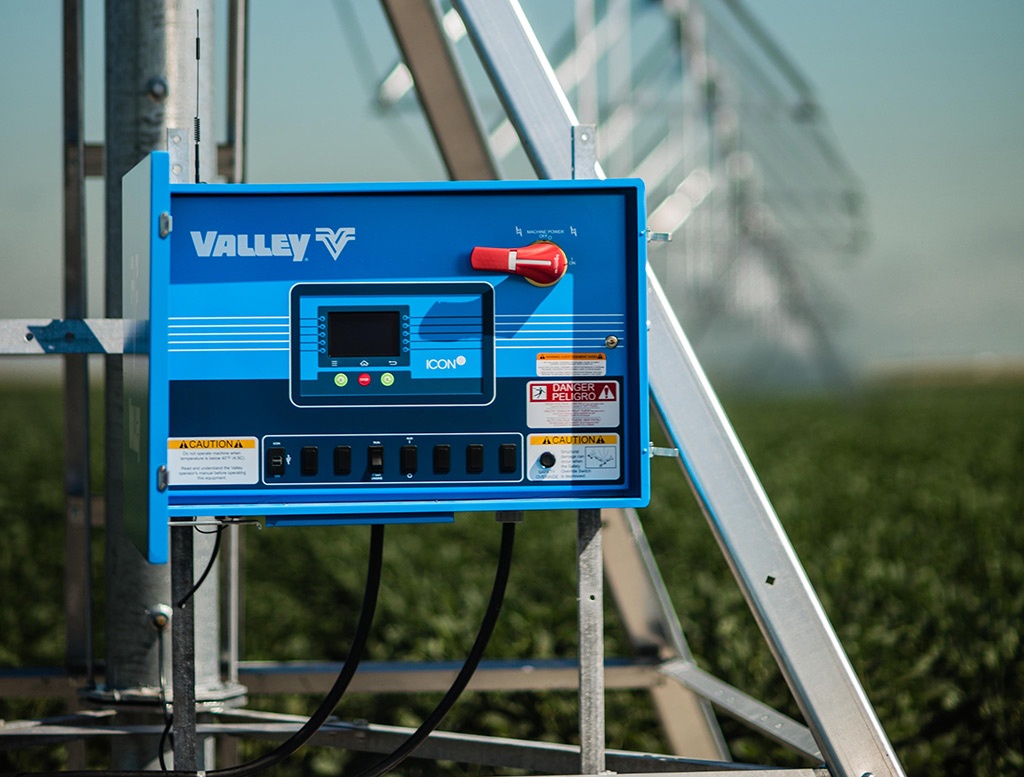 Popcorn is an entertainment snack food staple in America. From the local little league game to the multiplex theater, popcorn is the first snack we reach for. It is so common that we often don’t stop to think about where it comes from and all the work that goes into making that perfectly fluffy treat.

Clint Fousek of Chapman, Neb., has been working in the popcorn industry since 1982. He began his popcorn career at the Widman Popcorn Company in Chapman, where he learned about the farming of popcorn and the processing it takes to ensure the best quality product.

Clint worked for Darrell Widman at the Widman Popcorn Company until they closed in 1996. “We processed the corn, ran it through the fanning mill, the gravity tables and stoners, and we would also clean the popcorn. Then we would bag it in 100 pound bags,” Clint says.

“The conditioning of the popcorn was very important: the amount of air and the amount of moisture it had, what moisture content the corn popped at for best expansion,” Clint explains the little details that went into what made the best popcorn. “Basically, you take one cup of raw popcorn and you're popping that. Then after it’s popped, you dump it into a volume metric tester to see how much expansion you had.”

The volume metric tester is a very tall tube or cylinder with measurements printed on it, which show how many cups of popped popcorn you get from one cup of raw popcorn. “Your customers would call and say, ‘Hey, we'd like to run around a 40 expansion or a 38 expansion on your volume metric tester.’ Then that's what we would ship them; they had specs they wanted to be at a certain moisture and a certain expansion, and certain kernel size,” Clint remembers.

Learning the Ins and Outs of Popcorn

Working inside the Widman Popcorn plant taught Clint everything he knows about the processing of popcorn. Outside of the processing plant, Clint learned the intricacies of growing popcorn on the company’s land. Though Widman contracted with local growers, they also grew some of their own popcorn.

“Well, they always had 500 and some acres of their own, Widman did. We would do the processing in, plus we were doing the farming too,” Clint explains. “I might go out and plant the corn and do some tilling or spread some fertilizer or whatever on the slower times during the processing end of it. I started raising popcorn basically the year I started there in '82 and experimented with different varieties.”

During his time farming for the plant, Clint really learned what made popcorn different compared to other forms of corn, he learned how good irrigation management made a difference in the end product. “You wanted sustainability, because popcorn was always known to fall down about harvest time, the stuff would start breaking off or falling over because it was very susceptible to bugs and insects and that type of injury. The stalk quality was fairly minimal, which they work very hard on their hybrids now and that isn’t quite the problem it used to be.”

In 1996, Darrell Widman decided to close his popcorn company and sold his popcorn inventory to Weaver Popcorn in Van Buren, Ind. But, that wasn’t the end of Darrell and Clint’s relationship with the popcorn industry. Darrell approached Clint with an opportunity after the sale of the inventory.

“He decided to shut the plant down and then he asked if I wanted to farm with him. He purchased more ground and I started renting that from him. That's how I got started in the farming end of it.”

Along with the 900 acres that Clint rents from Darrell, he also farms an additional 1,100 acres. Irrigation management is something that is important to Clint, ensuring that his crops get the moisture they need to produce the best crop possible. Clint has seven center pivot irrigation machines. “And they all happen to be Valley® center pivots,” Clint says. “Popcorn needs good moisture, it's very similar to other corn. I can't say that it would take a stress better or worse. I think it probably handles stress just a little more than the field corn does, but it still needs an adequate amount of moisture.” Today, Clint is still growing popcorn in Chapman, Neb. It’s even possible that you’ve had some of his terrific popcorn and not even known it.

“I've grown for Weaver Popcorn in Van Buren, Ind., I've grown for ConAgra in Hamburg, IA, and now most of my popcorn is being raised for Preferred Popcorn because most of my ground is right next to them, so it saves me on some freight. I've done a lot of stuff for them, we're pretty compatible, with my knowledge of the processing plant and stuff that I've helped them over the years. We've just got a good working relationship over there at Preferred Popcorn.”

If you are thinking about reading the label on the back of the box to see where your popcorn is coming from, you won’t be alone. Clint still finds himself looking to see if it’s his popcorn that he’s snacking on.

“Myself? Oh yeah, I go to events, or a basketball game and I go to the concession stand. I am always peeking over to see whose popcorn they’re using. I look to see if it’s Jolly Time, or ConAgra, or like in the past if it was Widman Popcorn.”